Skip to content
How rare is red hair and blue eyes? The Myths Debunked

How rare is red hair and blue eyes? The Myths Debunked

When it comes to hair colours, there is something about red hair that so many people love. No only is it unique, it’s also stunning and makes anyone look instantly beautiful. If you love redheads, you probably want to know more about them. In this blog post, we’ll be answering the question of how rare is red hair and blue eyes? Alongside that, we’ll also look at some other facts and myths when it comes to redheads, as well as some famous people who are blessed with the beautiful combination of red hair and blue eyes! Before we begin, what do you think? Do you think it’s a rare combination, or have you met plenty of people with ginger tresses and blue eyes? And, what other myths have you heard about ginger people that you’re not sure are true? We’ll hopefully cover them today!

So, how rare is red hair and blue eyes?

You might have heard that red hair and blue eyes is the rarest hair and eye colour combination on earth. Well, if you’ve heard that fact then you’re right! This is no myth. It truly is the most unique combination a person can have. Only around 2% of the global population is blessed with red hair. And, around 17% of us have blue eyes. So, we’re already working with small numbers. If you put the two together, it’s got to be even rarer! So, if you’re blessed with this unique colour combination, count yourself lucky! Scientists are not sure exactly what percentage of the world’s population has blue eyes and red hair, but it’s well known that most redheads tend to have brown or green eyes as a more common trait. 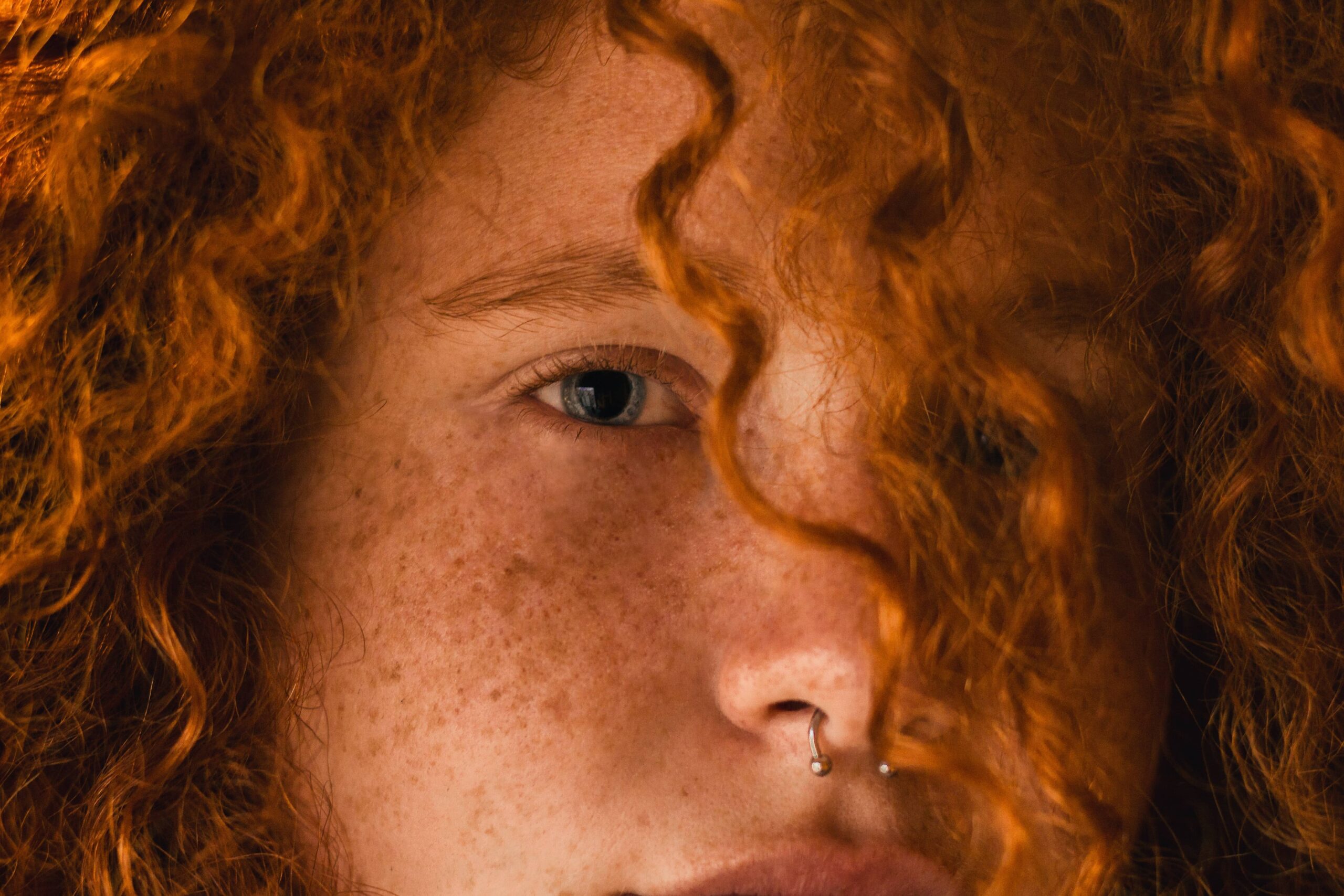 Why is it so rare?

Now we’ve learnt about how rare is red hair and blue eyes, let’s look at exactly why that is! Firstly, red hair is a recessive gene. This means that both parents must carry the gene (though they don’t both have to be redheads themselves) in order for their child to be a redhead. This means that there’s only around a 25% chance that a redheaded child will be born to parents that both carry the gene but don’t have red hair themselves. If one parent has red hair, and the other just carries the gene, this rises to around a 50% chance. And with two redheaded parents, it’s almost 100%- though with so few natural redheads, the chances of this happening are fairly rare. Sounds complicated, right? But it’s the reason why red hair is rare in itself!

But what about red hair and blue eyes? What has to happen for someone to have this combination, and why exactly is it this combination, in particular, that’s so rare? Well, blue eyes is also a recessive gene, it’s just a bit more common than red hair. It works in a similar way, where both parents have to carry the gene to have any chance of passing it on to their children. So, the chances of having both of these recessive traits is rare, especially because the combination is so rare to start with. Redheads are more likely to have brown eyes because this is a dominant trait and a lot more common around the world too.

Other redhead myths and facts

So now we’ve learned about how rare is red hair and blue eyes, along with exactly why this is the case, we’ll be taking a look at some other redhead myths and whether they are fact or fiction! 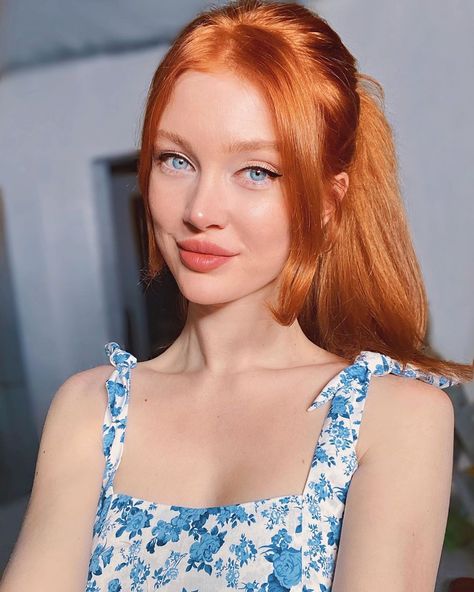 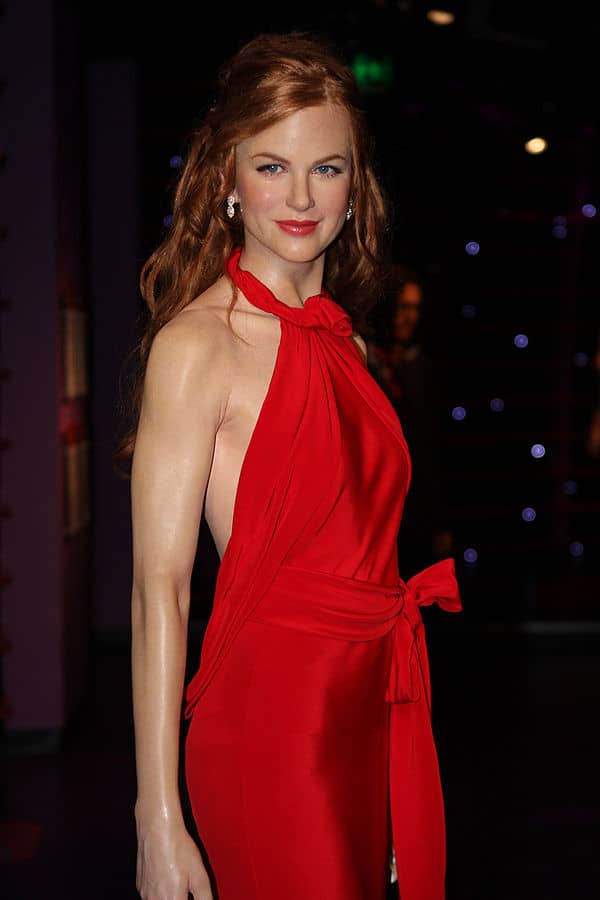 We’ve discovered that the answer to the question of how rare is red hair and blue eyes is, actually, very rare! But that doesn’t mean that there aren’t plenty of stunning redheads with blue eyes around. In fact, some of the most gorgeous redheaded celebrities are also blessed with piercing blue eyes! Let’s take a look at some of our favourites below:

Want to meet and date redheads?

Would you like to meet your very own redheaded partner? Whether you’re a fan of the rare combination of red hair and blue eyes, or love gingers with all eye colours, we wouldn’t blame you if you wanted to start dating gingers! If you haven’t dated a redhead before, you’re really missing out, as their beautiful looks and amazing personalities make for a winning combination every time. Here at Redhead Dates, we’re truly passionate about matching up redheads and redhead lovers for happy relationships. if you’re interested in meeting gorgeous redheads, we’re the site for you! Here are just some of the reasons why we think you should join:

Did you enjoy this post about how rare is red hair and blue eyes? Want to join us today and start dating your own redheaded beauties? Just click here to go to our homepage and sign up!